Archive for the tag “Rosemary Clooney” 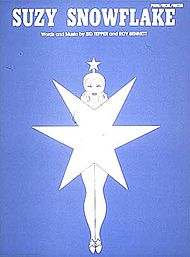 There is another snow storm predicted for our area later this week.  This is no news for the people to the west of this area since they will be getting it first.  The forecasters warn us that predicting springtime storms is difficult so we may get freezing rain and sleet mixed in.  I’d rather have snow.  I’m tired of my own kvetching about the snow so I’m trying to be peppy about it.  I’m of the generation of Captain Kangaroo with all his stories, songs, skits, and laughter.  “I learned that from Mr. Greenjeans,” or “I heard that on Captain Kangaroo” was something often said by me and others of my generation.  One of the songs is Susie Snowflake tap, tap, tapping at my window pane.

Each One Unique Spread

Use this spread to ask a question about your situation when you are confused or certain things are not as they appear.  It’s a good way to help you keep on the path to reach your goal(s).

Each One Unique Spread

Card One:       What is nearest and dearest to your heart in this matter?

Card Two:      What does your intuition tell you about the situation?

Card Three:    What does your imagination tell you about the situation?

Card Four:     What is hidden beneath the surface?

Card Six:        What does logic say about this situation?

Card Seven:    What is the possible outcome?

May your day be filled with cheerful song, funny word-play, and a little wisdom!