Archive for the tag “lessons learned”

Felon Friends and Pen Pals: Reflections on the Lessons I Learned 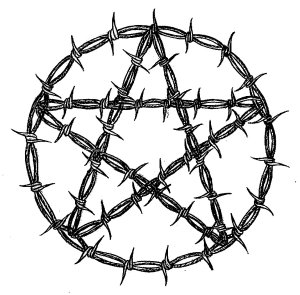 As I related in a previous post, I had a prison ministry for several years. I learned a great deal about myself, about inmates and about the dedicated people who provide a service to inmates. This is a conglomeration of random lessons learned.

Prison and jail are not nice places. I know you are saying “DUH.” I also know the inmates who wrote to me protected me from what they experienced. I had the naive notion that the majority of pagans were incarcerated by the unfair and punitive drug laws of this country. Wrong. Very wrong. The ones that wrote to me had done bad things and in some cases, very bad things. One of the rules I developed was to not ask what they did. It was better not knowing in many cases. Nevertheless, they proved to me they were sincerely seeking further education in the Craft. My weeding out process was fairly effective and rigorous.

That doesn’t mean they wouldn’t try to manipulate me. Prison life is all about manipulating the system. Keeping out of trouble, getting what you want, avoiding further punishment is what prison is all about. We desperately need prison reform in this country because it’s all about containment and punishment. Most of the time, the only rehabilitation taking place is freed inmates are determined never to go back. Prisons and prison attitudes towards religion vary widely from state to state. Mail rooms in prisons can make or break a correspondence course. Many times, it was a struggle for the prisoner and me to convince the prison bureacracy that i was a legitimate teacher.

I developed what I consider some very good friends from this group of correspondents. One of my regrets is that I’ve lost touch with a few of them. I wish them well and hope maybe someday I’ll pick up the pen and write, and that my letter will find them. Believe it or not, prisoners seem to get moved around a lot. Many prisoners even most that I worked with were not pagan until they came to prison. They either stumbled into it through a book or another inmate, or they observed inmates and wanted to know what it was. Some, truth be told, used Wicca as a way to scare other inmates and to manipuate they system. Some were lonely witches seeking same. My weeding out process was very effective in these matters.

When a prisoner gets out, they rarely stay in touch. I may get a call or two or a letter. Sometimes even an email. Fortunately and happily, their new life in the free world absorbs them and they don’t need a reminder of their prison life. At least that’s the way I look at it.

I learned that talking about a prison ministry to others, even in the pagan world would get greeted with judgment and dismay. At a couple of points, I asked for help from the groups I was in and was basically told that I was on my own. Many people counseled me to stop and it’s rather awkward for your new lover to field a call from a prisoner when he didn’t know you were doing prison work. We got over that but he has never been really comfortable with my felon friends.

Fortunately I found the pagan prison ministry group on yahoo groups and they were a great resource. There are a few good websites too. California has a pagan chaplain in its prison system. Mainstream religion does a much better job at this and they have really good resources that are translateable to pagan life and ethics. Get over your prejudices about mainstream religions, they have good people and good stuff and will help sometimes more than our pagan brothers and sisters.

I learned to have good, strong boundaries and to be a little harder. No is an excellent word and I should have said it sooner. I learned that I should have stayed small. I never went into the prisons as a pagan chaplain. I’d visited prisons to review their libraries and related programs and it was not something I intended on doing. Those who do are admirable!

My feelings about this today are a little raw because of a couple of lawsuits. Lawsuits happen, it’s just ironic to get sued by the people you were trying to help. I don’t want people who are contemplating a prison ministry to hesitate. It is good, satisfying work and it is desperately needed in our community. Go into it eyes wide open, without naive assumptions, with strong boundaries, and keep it small. You can’t help everyone, you aren’t responsible for the lack of response from the rest of the community, and you will work hard. And when you’re done, end it in a way that honors you as a priest or priestess and honors your students (that was a do as I say, don’t do what I did moment!) The gods will smile on you and bless you for sure.